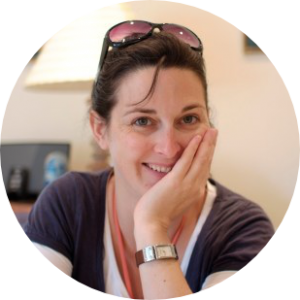 Launched as part of Gravity Feilds online festival. Taking inspiration from local boy Sir Issac Newton, we looked at the expierments made during his own lockdown of 1660’s when he returned to his family home at Woolsthorpe Manor to avoid the plague.

During this time he was able to demonstrate that white light is actually made up of several different colours and he used a prism to split sun into different colours of the rainbow to prove his theory, initally noticing five: Red, Yellow, Green, Blue and Violet.

The idea was to create five flags one in each of the five colours. We invited people to take a photograph that was predominantly one of those five colours, to look at texture and a sense of what makes up their home, school and work enviroments. Emailing photos to us enabling us to make up a patchwork design for each flag.

The finished flags will be shown all around the district for the next two years and will also feature as part of the next Gravity Feilds Festival in 2022.

The EU General Data Protection Regulation (GDPR) is a privacy and data protection regulation in the European Union effective from 25/05/2018.

We respect our customer’s rights to data privacy and protection and are committed to protecting their privacy and adhering to the provisions of relevant Data Protection Legislation, including GDPR, ensuring personal data is handled in line with the principles outlined in the regulation that state personal data will be:

If you have any further questions please contact hey@lumoworkshop.com

If you use a contact form on our website then your email address and any information will be stored within an email client protected with a secure password and username combination. Where you opt in to receive communications from us the information you provide will be added to a mailing list.

The following services may be passed personal data in order to enable them to provide the services commissioned by our customers or for the purposes of marketing our services:

Purpose of the processing your data

Legitimate interests for the processing

How long we retain your data

The data you supply will be kept for no longer than is necessary for the purposes for which it is being processed, unless you request that it be deleted.

What rights you have over your data

Changes to the way we use the information we collect

If we plan to use personal data for a new purpose (other than has been identified above), we update our privacy information and communicate the changes to individuals before starting any new processing.

How we protect your data

What data breach procedures we have in place